Since childhood, Somesh had a thing about not going by conventions. For starters, Somesh was the first member of his family to graduate as an engineer – most of his family members worked as government officials. Somesh though always had other plans. He always saw himself as outside of the job ecosystem of taking orders and commands. While his family stayed risk averse, this GIM alumnus had an itch to work toward something bigger and worth his while.

Therefore, right after completing his Engineering from Agra, he packed his bag and arrived at GIM in 1995 with a lot of plans on his mind. He is not only the youngest entrepreneur of his batch but is also THE youngest member of the 73 strong Class of 1997!

Somesh gave himself five years after leaving GIM to gather the required industry experience, and in 2002 Kleen Tek Solutions was formed. With operations in 11 states today, the company offers one-stop solutions in facility management. By the end of 2017, Kleen Tek Solutions is all set to start its operations from Guwahati as well, thus covering 12 states of the country.

"It wasn’t an easy ride," Somesh confesses. "It was extremely tough being an entrepreneur and it all started at GIM. The school encouraged me to be myself without any inhibitions. So, by the time I completed my PGDM, I was ready to conquer the world!" In fact, Somesh aptly describes himself as "emotional, passionate, and led by infectious energy", and pretty much lives that description.

Needless to say, entrepreneurship back in the 1990s required a different sort of mental grit. Amidst a highly volatile economic backdrop and with not too many start-ups to gain confidence or learn from, Somesh confesses that his business is the success that it is today because of his spirit of never giving up in spite of the innumerable pitfalls. "We were trained like that at GIM," says Somesh. At GIM, students are not supervised or policed by teachers or wardens. They are taught the qualities of self-discipline that ultimately give each individual a strong sense of responsibility. The professors encourage students to explore and think beyond boundaries. "Of course, they were there to guide us or to resolve queries or provide clarifications but we got no ‘straight’ answers," he explains. "These things proved to be invaluable," adds the alumnus with a broad smile on his face. Despite his work and family responsibilities, Somesh finds time to visit his alma mater or catch up with batchmates. These include recollections of when he used to cook Maggi for those who visited his room in the hostel and the moments spent at Casa or at Gene’s over long, care-free post- dinner conversations. Also, he tells us, "I attended the 20 th alumni meet in 2013. I also attended the 1997 batch reunions in 2015 and 2017. I even spent my first wedding anniversary on campus introducing my wife to people I know, including Father D’Souza." Somesh says he also tries to stay in touch with most faculty members who are settled in Goa. Summing up his success mantra for future entrepreneurial aspirants at GIM, Somesh says students must have quick decision-making skills and be able to move on from bad decisions and failures quickly. He concludes with some strong advice: "Don’t let negativity get to you and above all take responsibility for all your decisions. Face both success and failure with equal grace."

The experience exceeded his expectations by far because things like late night quizzes, overnight project completion, the 5 mark bombshells in the name of short quizzes etc., prepared her for what was to come as a professional. 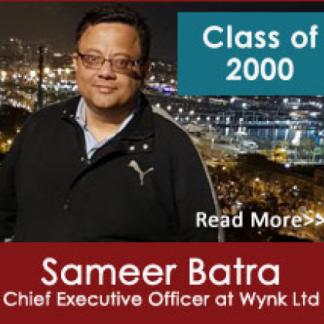 Becomes CEO twice within a year led by his commitment to learn, create, and innovate 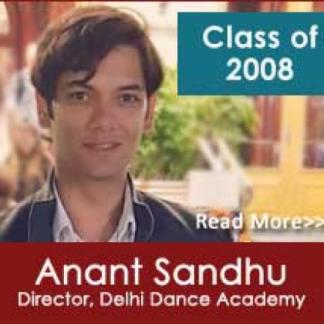 Reminds us why bold decisions are often crucial for turning around businesses.

We use Cookies on this site to enhance your experience and improve our marketing efforts. To learn more click here

Cookies and related technologies (herein “Cookies”) are small text files that a website saves on your computer when you visit the site. Cookies the University sets are called first-party Cookies. The data collected might be about you, your device, your preferences, or your login information. This data is mostly used to make the website work as expected so, for example, you don’t have to keep re-entering your credentials whenever you come back to the site. Cookies set by third parties are called third-party Cookies. We use third-party Cookies for analyzing website traffic and our advertising and marketing efforts. We have divided the Cookies we use into the following categories: Strictly Necessary, Performance, Functional, and Targeting. Under each category heading on the left you will find a general description of the Cookies in each category. You can change your browser settings to block, delete, or alert you to Cookies. The Help menu on the menu bar of most browsers will tell you how to do that. However, if you do, you may have to manually adjust preferences every time you visit a site and some features may not work as intended.